Brownie was discovered by Marina Nicolaou Toumba back in April 2011, on her way to work. Marina is a dedicated rescuer over in Cyprus. He was inside a cage with 2 other dogs on the premises of a steel factory on an industrial estate. 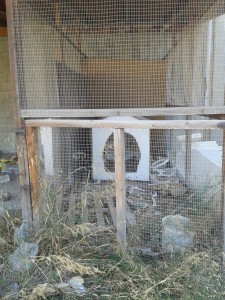 Marina fed and watered these dogs for over a year until one day she was confronted by the absent owner’s father saying they would be taking them to the mountains to die unless she took them.

When she arranged collection only 2 dogs were present and it was clear they were both ill.
Brownie’s kennel mate couldn’t be saved. The years of neglect and abuse had taken its toll.

Brownie himself spent 4 weeks on a drip fighting for his life. It wasn’t until this point that the vets realised that he was totally blind. Further investigation blamed this on repeated blows to his head; they also discovered numerous cigarette burn marks on his skin.

From the vets he was looked after and his mental scars treated by a wonderful fosterer called Angelos, and he was finally given his forever home by Kellie Wills in April 2013.

From this – just after he came out of the vets… 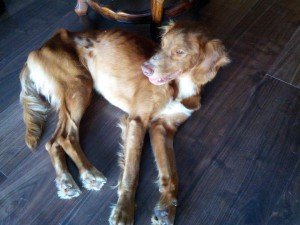 ….to the beautiful dog he is today. 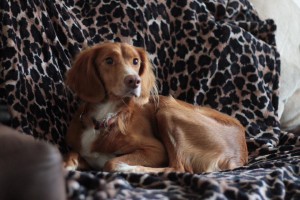